Hamptons Housecleaning Service for May Day 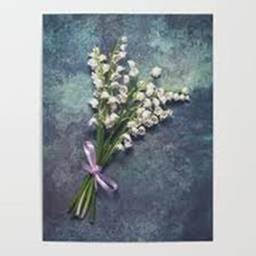 Here at AVS Hamptons housecleaning service we would like to wish you a happy May 1st. We also love the symbolism of the day!

The Premier Mai doesn’t only have a political  connotation; it’s also the Fête du Muguet. On that day, French indeed greet each others with a sprig or a small bouquet of lily of the valley (muguet) because they consider the flower a lucky charm.

This custom of presenting a lily of the valley evolved from a pagan tradition. Ancient folks adorned themselves with lily of the valley in order to celebrate the new season. It was also their way of invoking the good graces of the god Beltane for good harvests.

The Greeks said that Apollo, their god of light and sun, lined the ground of Mount Parnassus with lily of the valley so that his Muses could walk barefoot.

The Romans abundantly used the flower during the Florales. They dedicated this annual celebration to Flora, their goddess of flowers and spring. The lily of the valley is indeed in full bloom in late April and early May, and is therefore one of the first spring flowers.

The pagan tradition evolved into a Christian one. Preachers, who evangelized France between the fifth and sixth centuries, couldn’t eradicate pagan beliefs overnight, so they simply incorporated them to the Christian religion. Therefore, for centuries farmers and villagers planted a blooming tree outside the door of the girls to marry off. This was also an occasion to celebrate spring, nature, and love! These traditions are now revived throughout France. People still erect a mast, known as Mât or Arbre de Mai, which they decorate with flowers for May 1st.

Lily of the Valley brings Good Luck, a tradition since 1561

Charles IX initiated the tradition of giving friends and family a sprig of lily of the valley for May 1st.  The young king was indeed given a sprig while visiting the Province of Dauphiné in spring 1560.  He found the practice very endearing. In spring 1561, he therefore decided to give a sprig of lily of the valley to all the ladies of his court and said, “Let it be done so every year.”

The custom spread like wildfire throughout the Kingdom of France!

Symbolism of the lily of the valley

In the language of flowers, the lily of the valley symbolizes marital happiness. It was therefore natural to link the flower to dating. An annual ball  – Bal du Muguet – was organized so that singles could meet their soulmate. The young women dressed in white and the young men wore a sprig of lily on their lapel. Amazingly, parents and chaperons were banned from attending!

May 1st is the international Labour Day and is traditionally the day when all trade unions parade. The origin of Labour Day goes back to Chicago on May 1, 1886. On 24 April 1941, the Regime of Vichy officially recognized May 1st as Labour Day in France. It also made it a public holiday in order to rally the working classes. French Labour Day is known as Fête du Travail.

About the Author: Jocelyne Ranucci